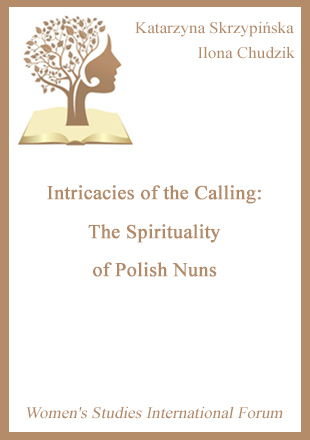 „Intricacies of the Calling: The Spirituality of Polish Nuns” K.Skrzypińska, I.Chudzik

In the modern world, immersed in ideological, political and financial turmoil, researchers are called to carefully monitor different aspects of the mental condition of people, including spirituality. The loss of the meaning of life, which represents the quest of the spiritual life, can have painful consequences, in the form of increased depression, neurosis, and even suicide. Our research compared the spirituality and well-being of laywomen and nuns, and tested the hypothesis that the spirituality of women, understood as a dimension of personality, can be a predictor of well-being. To address these issues, the paper is structured into two main sections. First, the theoretical section discusses spirituality, the relation of women to spirituality and well-being, the way in which clerical and lay women understand life satisfaction, and the research questions and hypotheses of our analysis. The empirical section presents the method, results, relation to scholarship, and limitations of our research.